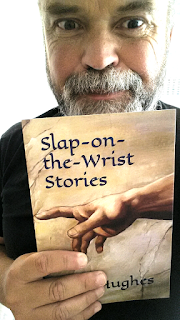 My new book has just been published. Copies arrived for me today.

This book is therefore an example of OuLiPo writing. The title of the book was suggested to me by fantasy writer James Bennett after I had expressed my enthusiasm for Kawabata's Palm-of-the-Hand Stories, one of my favourite short story collections of all time. My book is available on Amazon and elsewhere in both paperback and ebook editions. 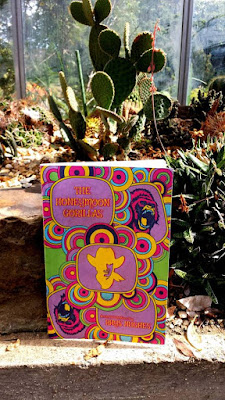 My Western The Honeymoon Gorillas has just been published. It's a very weird Western indeed. Gorillas play only an indirect part in the book but it is an important one nonetheless. They are always-present but never seen.

I had wanted to write a weird Western for a long time. This urge was considerably amplified by the weird Westerns of two great writers that I enjoyed immensely, The Hawkline Monster by Richard Brautigan and The Place of Dead Roads by William Burroughs, both of which I read a couple of years ago and which were an inspiration on my own novel.

My novel has been published by Bizarro Pulp Press and is available directly from them, or from Amazon and other online bookstores (and also from some bricks-and-mortar bookstores). The book consists of two sections that are separated in time and yet the West remains a persistent force in both, unchanging in certain ways, an eternal backdrop to the rugged minds and battered bodies that pass through it.

I always have fun writing fiction but I can say that I've never had quite so much fun writing anything as I had during the creation of The Honeymoon Gorillas. It was a romp and a rumbustious delight. I hope you get the same enjoyment from reading it ! 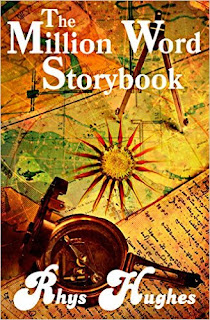 The longest single author short-story collection in publishing history is now available as an ebook!

In fact it is available as two ebooks, because it comes in two different editions, male and female, that differ in 10% of their contents. This is a trick that I picked up from Milorad Pavić, whose Dictionary of the Khazars also comes in male and female editions. 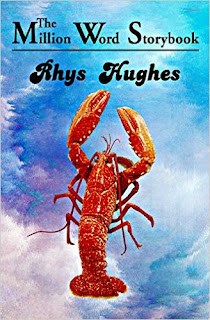 People keep asking me how I selected the variant stories for the two editions. The fact of the matter is that there is no rhyme or reason to the selection. I am not trying to make a point about differing male and female tastes in fiction. Quite the contrary! The differences are surely there but also insignificant.

As incredible as it sounds, there may actually be a print version next year. A publisher who has already issued a couple of my books is interested in bringing out a strictly limited multi-volume edition. It remains to be seen how practical this venture will turn out to be...

In the meantime here is the collection for the Kindle. THE MILLION WORD STORYBOOK features exactly 365 stories, one every day for an entire year. If you follow the link and click on 'Look Inside' you can read a sample for free. The book is so long that the sample, which is a certain percentage of the digital book, already contains 54 stories.

Links to purchase this ebook can be found below...

This collection contains approximately one third of my total fiction output over the past 25 years. The stories are presented in chronological order of their composition. The earliest dates from 1990 and the latest dates from this year 2015 and in fact is one of my most recently completed tales. As I plan to write 1000 stories in my working life, this collection will contain one quarter of my entire output ever!

I believe that this is a major literary event. Well, at the very least, it is a major personal event for myself and for the writer that I am and have been all my life... 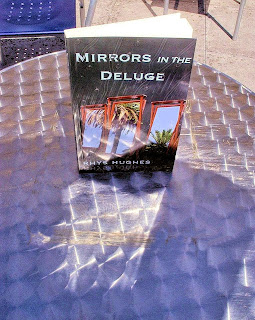 My new book was published yesterday! I am extremely delighted with this one.

32 quirky tales of unusual fantasy, philosophical satire, ironic adventure and logical daftness... The official launch date is actually next month but my author's copies are already in my hands. I am working on preparing an official launch event soon. It will be a party of some kind.

Review copies have been sent out and have reached most of the reviewers. I have high hopes for this collection, but of course what I like isn't always what the reading public like. In fact it is frequently at odds.

No matter. I write the kinds of books I most enjoy reading and ultimately that's all that really matters. 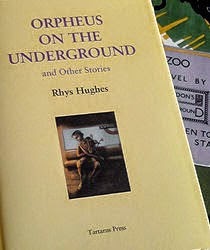 I am absolutely delighted to announce the publication of my new book! ORPHEUS ON THE UNDERGROUND from Tartarus Press is a collection of weird phantasmagorical stories that has been wonderfully illustrated by the genius artist Chris Harrendence.It exists right now and is available to be purchased from the publisher. And soon it will be available from other places... I am very pleased with this book. Tartarus Press have a superstition that authors shouldn't talk about their books until they are published, which is why I kept so quiet about this one. 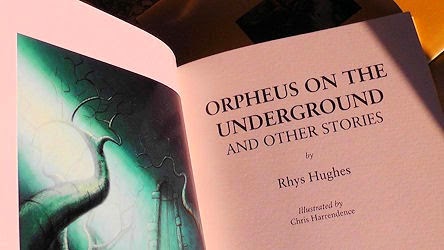 It has been more than twelve years since I was last published by Tartarus Press. They always create a truly impressive product, books that are beautiful art objects, and it is a privilege as well as a pleasure to be published by such a fine publishing house.Here is part of the blurb that Tartarus have created for this book: 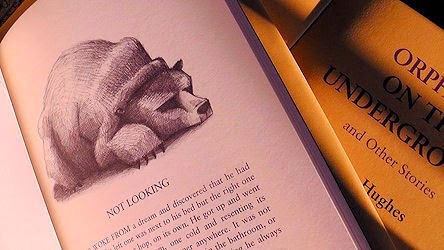 "Orpheus on the Underground is the new Rhys Hughes collection from Tartarus Press, containing fifteen previously unpublished stories and ‘The Concise Picaresque Adventures of the Wanderlust Bridge’, which first appeared in Strange Tales II, 2008. Ranging from the ghostly, through horror to the entirely fantastic, Hughes’ marvellously inventive tales steer the reader through the bizarre labyrinths of his unique talent for the strange... In the twenty years since the publication of his first short story collection (Worming the Harpy, Tartarus Press, 1995) Rhys Hughes has become an éminence grise of the strange tale. He wears his reputation lightly, and it is the sheer fun and individuality of the stories in Orpheus on the Underground that make them so memorable."

I have just heard from Hippocampus Press in the USA that my new book of stories has gone to the printers. They were also good enough to show me the full cover of my collection. Here it is... 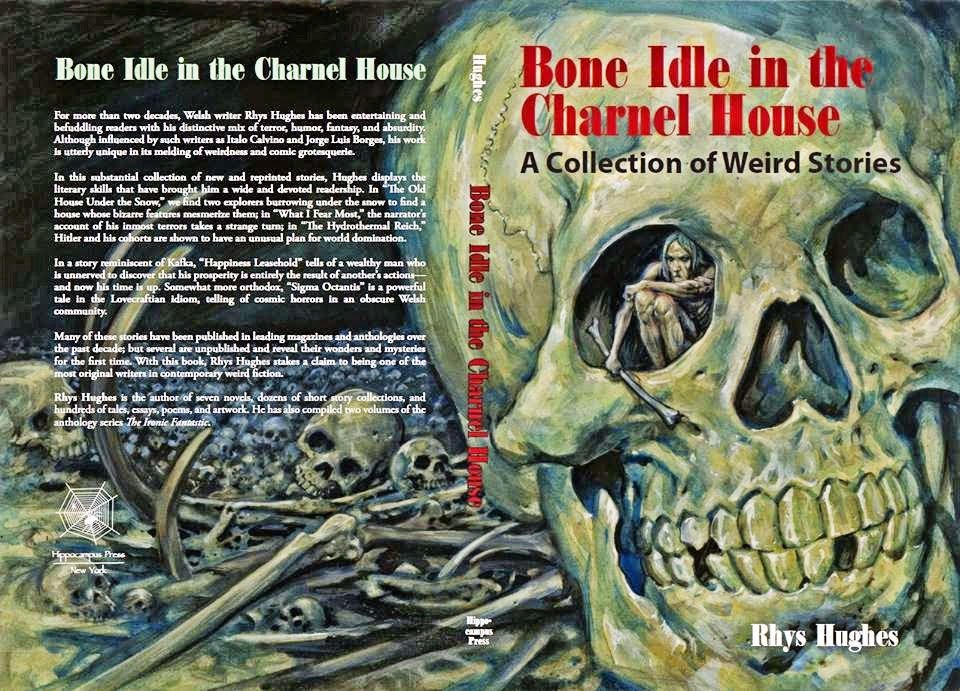 It amuses me that the title of this book Bone Idle in the Charnel House can be turned into the acronym BITCH. This was entirely unintentional.

I had to fill in a 'promotion form' for this book which included a brief summary of what it's about. I wrote, "A collection of weird stories that often develop in an unusual manner from an original premise. The stories are part of the grand tradition of the ‘weird story’ but they seek to be rather different from most stories of this type. My hope is that these stories simultaneously will be a part of the tradition of the weird story but also help to push the definition forward a little." 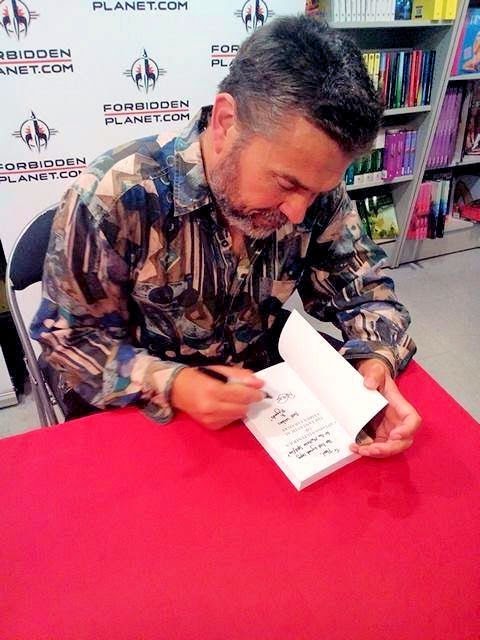 My latest book is the novel Captains Stupendous, which began life as a 'Corto Maltese' novella entitled 'The Coandă Effect', published by Ex Occidente in Romania a few years ago. I rewrote it so that the main character is now Scipio Faraway. Then I wrote two novellas as sequels featuring Scipio's brothers, Distanto in 'The Gargantuan Legion' and Neary in 'The Apedog Incident'. All three novellas together constitute the novel. Needless to say the plotting was quite tricky, but I think I managed to tie all the strands of all the plots together neatly at the end...

This photo shows me at the official book signing in the Forbidden Planet bookshop in London recently.
~~~~~~~~~~~~~~~~~~ 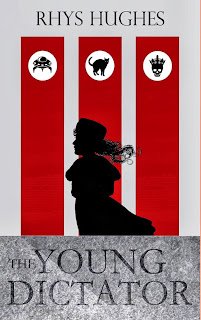 The Young Dictator is available from Amazon right now and will be available from many other places in the coming weeks... This novel is my most accessible book to date, so if you are new to my work and want to try something but don't know what to go for, I'll say try this one. It has been described as Roald Dahl meets Spike Milligan and Kurt Vonnegut and that's exactly the effect I was aiming for!

Many years ago I tried to write a children's story but I never completed it. Then back in 2010 the editor Mike Ashley asked me to write a YA (young Adults) story for an anthology he was compiling. I dusted off the story I had started long before and finished it for him. As it happened, his anthology was cancelled so I decided to make my story the first chapter of a novel. The result was The Young Dictator. It's not really a YA novel, though I do think it can be easily read by anyone from the age of 12 onward.

That first chapter was published as a stand-alone story in the Spring issue of the BFS (British Fantasy Society) journal last year and was received well by readers. I sent the finished novel to my agent but he didn't like it very much. He felt that the main character, Jenny, a young girl, was too vicious. But that's the point. The novel is a comedy about dictatorship and nice dictators aren't much fun in fiction, are they? My agent also didn't enjoy the fact that the novel often uses lateral logic rather than the logic of everyday events.

Luckily there was a publisher out there who was willing to embrace absurdity and humorous darkness. Pillar International Publishing was founded in Ireland in the 1930s by Victor Lloyd and named after Nelson's Pillar, a structure that stood in the middle of O'Connell Street in Dublin until it was blown up by the IRA in 1966 (it had already survived an earlier attack in 1955 in which nine students had tried to melt it with flamethrowers). The original press issued many murder mysteries of the Death Carries a Coffin and She Died of Death type...

Victor's grandson, Mark Lloyd, refounded the press last year and by happy chance I learned of its existence thanks to the writer Sara Crowe. I submitted the book and it was accepted, and now it is a physical object and an ebook. I am proud of all my books but this one has increased the width of my grin by an unprecedented magnitude. It can be purchased online from Amazon here. All hail The Young Dictator! All hail her Gran too! My latest book is now available for general consumption. The Just Not So Stories features no less than 30 of my most absurdist-flavoured tales, including some of my personal favourites such as 'The Leveller of Neptune', 'How to Lose Friends and Alienate People', 'Message to Rosita', 'My Crow Nation', 'The Blue Jewel Fruit' and 'The Sun Trap'.

The Just Not So Stories is published by The Exaggerated Press (a relatively new British small-press) and can be purchased here for the sum of £7.99, making it one of my cheapest ever books! 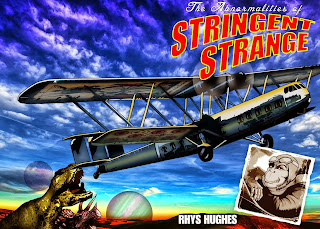 Now released as a trade paperback is my novel The Abnormalities of Stringent Strange. The limited edition has sold out! So the ordinary paperback is finally available. In the meantime here's a review of the novel. 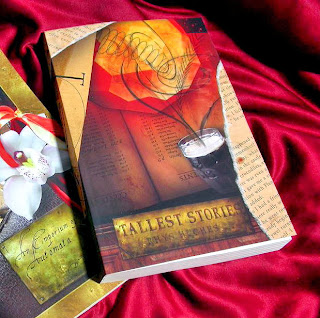 People sometimes ask me which book of mine is the most suitable for a reader new to my work. The answer is Tallest Stories, which was published at the beginning of 2013. This book is almost a microcosm of everything I have written and will ever write! It's a particular favourite of mine.

Maybe I shouldn't have favourites among my own children but... well I am especially proud of this book! It is readily available from Amazon and elsewhere but can be ordered directly from the publisher by visiting this webpage.